From Straight Outta Compton and Ingrid Goes West to Just Mercy, O'Shea Jackson Jr. has had to shape his own acting identity.

Search for "Dolemite Is My Name" on Amazon.com

How Ruth E. Carter Made the 'Dolemite' Cast Look Fly 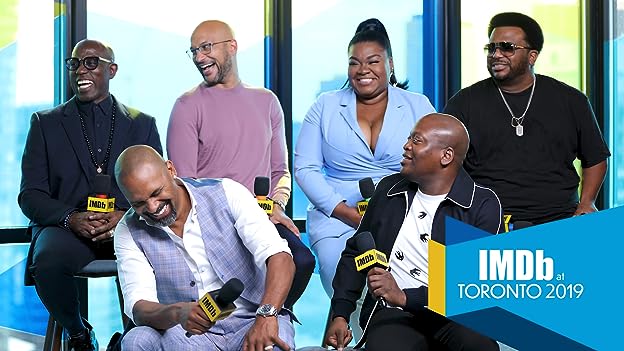 Da'Vine Joy Randolph describes how she felt on the set of Dolemite Is My Name when she learned that Oscar-winning costume designer Ruth E. Carter was on board for the film.

After he is released from jail, a pimp takes on the criminals and corrupt police officers who framed him in the first place.

Behind Vatican walls, the conservative Pope Benedict and the liberal future Pope Francis must find common ground to forge a new path for the Catholic Church.

This semi scripted documentary hosted by Gokhan Ozoguz revolves around the issue of water crisis. In a near future, Istanbul will be on the verge of a water crisis, and if the people of ... See full summary »

A musical fantasy about the fantastical human story of Elton John's breakthrough years.

A film director reflects on the choices he's made as past and present come crashing down around him.

A story of Naoufel, a young man who is in love with Gabrielle. In another part of town, a severed hand escapes from a dissection lab, determined to find its body again.

Make your own legend.

Dolemite Is My Name See more »

While the film tells the story of the making of Dolemite, the car chase, the Cadillac exploding, and the sex scene are from the sequel, The Human Tornado. The scenes are intentionally included as a nod to Moore's later film. See more »

A very entertaining and well acted biopic about a common man who found his luck and became the inspiration for many artists in future generations. One of those artists is Eddie Murphy who now brings Rudy Ray Moore on screen, a man who even influenced Rap and the way it developed. Murphy is fantastic and easily gives the best performance of his career. He really nailed the role and was able to completely vanish into that character. A very award worthy turn and great comeback for him. Another comeback story is Wesley Snipes who is absolutely hilarious and self ironic. Never thought he had that in him and that gives me the feeling his comedic and also dramatic talent was wasted all those years before. Another noteworthy and beautiful turn was done by Da'Vine Joy Randolph. The film itself had a very realistic and colorful look with nice production design and great costume work. The screenplay was very good as was the direction of Craig Brewer. It perfectly mixes comedic elements with dramatic moments and in its result is a very respectful and faithful biopic. Definitely worth to see and another winner feature for Netflix. Watch out for Eddie Murphy in this Oscar race. At least a Golden Globe nomination should be a given.