Birds of Prey: And the Fantabulous Emancipation of One Harley Quinn (2020)

After splitting with the Joker, Harley Quinn joins superheroes Black Canary, Huntress and Renee Montoya to save a young girl from an evil crime lord.

February Picks: The Movies and TV Shows You Can't Miss
a list of 23 images
updated 1 week ago

Search for "Birds of Prey: And the Fantabulous Emancipation of One Harley Quinn" on Amazon.com

Title: Birds of Prey: And the Fantabulous Emancipation of One Harley Quinn (2020) 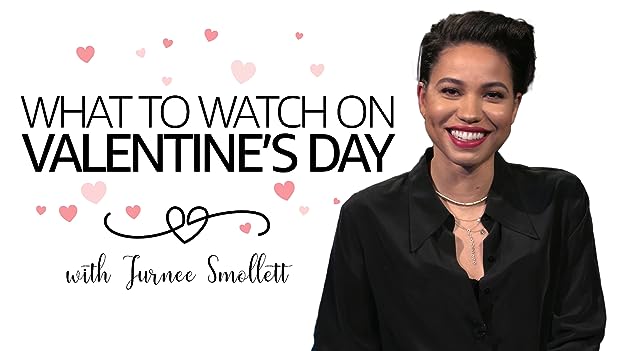 Birds of Prey star Jurnee Smollett recommends five films to cuddle up with on Valentine's Day this year.

The Bad Boys Mike Lowrey and Marcus Burnett are back together for one last ride in the highly anticipated Bad Boys for Life.

A secret government agency recruits some of the most dangerous incarcerated super-villains to form a defensive task force. Their first mission: save the world from the apocalypse.

April 6th, 1917. As a regiment assembles to wage war deep in enemy territory, two soldiers are assigned to race against time and deliver a message that will stop 1,600 men from walking straight into a deadly trap.

A horror adaptation of the popular '70s TV show about a magical island resort.

Jo March reflects back and forth on her life, telling the beloved story of the March sisters - four young women each determined to live life on their own terms.

An American expat tries to sell off his highly profitable marijuana empire in London, triggering plots, schemes, bribery and blackmail in an attempt to steal his domain out from under him.

When a young systems engineer blows the whistle on a dangerous technology, Charlie's Angels are called into action, putting their lives on the line to protect us all.

A twisted tale told by Harley Quinn herself, when Gotham's most nefariously narcissistic villain, Roman Sionis, and his zealous right-hand, Zsasz, put a target on a young girl named Cass, the city is turned upside down looking for her. Harley, Huntress, Black Canary and Renee Montoya's paths collide, and the unlikely foursome have no choice but to team up to take Roman down.

Rated R for strong violence and language throughout, and some sexual and drug material | See all certifications »

Harley mentioning that she once stole "Eleanor Rosevelt's nudes" for the Joker is especially funny because the first lady was actually introduced in to the DC universe canon as a character in 1981's All-Star Squadron #3. See more »

In the grocery store, the contents of Harley's cart change between shots. See more »

Harley Quinn: [regarding Dinah's canary cry] I told you she had a killer voice.
See more »

At the end of the closing credits, Harley is heard asking the audience why they're still around. Then she says "Batman is-" and gets cut off and the film ends. See more »

Referenced in Timcast IRL: Birds of Prey Is DEAD In the Water (2020) See more »

Q: Why are they not using Anthony Carrigan from "Gotham" as Victor Zsasz?
Q: Why isn't Black Canary Blonde?
Q: Is the movie a sequel to Suicide Squad?
See more »

A dud from Warner Bros. The best thing about suicide squad was Robbie's performance but this vehicle is a disservice to the potential that was there. Robbie does her best but the direction, script and editing are not at the requisite level. An interesting character poorly treated by a very lacklustre script. Disappointing.