2019 Watchlist: The Year's Most-Added Movies
a list of 20 images
updated 2 months ago 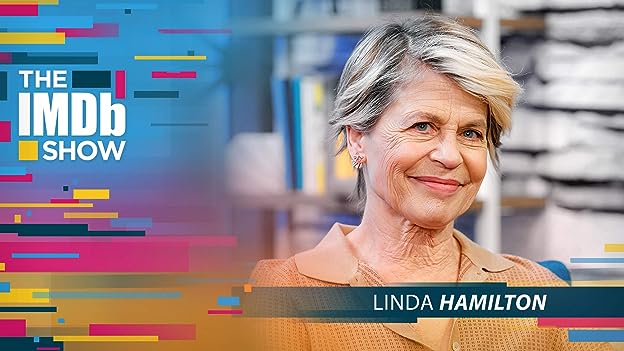 From the start of the Terminator franchise to Dark Fate, Linda Hamilton has been on an epic journey with her character.

Years following the events of "The Shining," a now-adult Dan Torrance must protect a young girl with similar powers from a cult known as The True Knot, who prey on children with powers to remain immortal.

When John Connor, leader of the human resistance, sends Sgt. Kyle Reese back to 1984 to protect Sarah Connor and safeguard the future, an unexpected turn of events creates a fractured timeline.

A secret government agency recruits some of the most dangerous incarcerated super-villains to form a defensive task force. Their first mission: save the world from the apocalypse.

The story of the Battle of Midway, told by the leaders and the sailors who fought it.

An embattled NYPD detective is thrust into a citywide manhunt for a pair of cop killers after uncovering a massive and unexpected conspiracy.

The Bad Boys Mike Lowrey and Marcus Burnett are back together for one last ride in the highly anticipated Bad Boys for Life.

In a future where a failed climate-change experiment has killed all life except for the lucky few who boarded the Snowpiercer, a train that travels around the globe, a new class system emerges.

American car designer Carroll Shelby and driver Ken Miles battle corporate interference and the laws of physics to build a revolutionary race car for Ford in order to defeat Ferrari at the 24 Hours of Le Mans in 1966.

A young female Mexican worker, Dani Ramos, is hunted down by a virtually indestructible terminator from the future called a REV-9. However, she is protected by an enhanced human named Grace who is also from the future. They flee from the unstoppable terminator and out of the blue Sarah Connor helps them on the road. All three head to Laredo, Texas, where Grace has the coordinates of a possible support and where they meet a T-800 who is living in an isolated location with his family. The group teams up to try to destroy the REV-9. Written by Claudio Carvalho, Rio de Janeiro, Brazil

Welcome to the Day after Judgment Day. See more »

Rated R for violence throughout, language and brief nudity | See all certifications »

Tim Miller wrote most of the action set pieces in great detail before the rest of the screenplay was finalized. David S. Goyer wrote parts of the rest and came up with the name 'REV-9'. Although Billy Ray later re-wrote a lot of Goyer's material and added character moments. See more »

After finding Carl; they needed to leave early to go 94 miles to military base, besides taking the van why they didn't simply use the helicopter. See more »

[first lines]
Sarah Connor: It's like a giant strobe light burning right through my eyes. Somehow I can still see. Children look like burnt paper... black... not moving. And then the blast wave hits them. And then they fly apart like leaves.
Dr. Silberman: Dreams of the end of the world are very common.
Sarah Connor: It's not a dream, you moron. It's real. I know the date it happens.
Dr. Silberman: I'm sure it feels very real to you.
Sarah Connor: On August 29, 1997 it's gonna feel pretty fuckin' real to you, too! Anybody not wearing two-million sunblock is gonna ...
See more »

The opening logos have VHS fuzz over them. In addition, the Paramount Pictures and 20th Century Fox logos briefly flash their versions from 1995. See more »

In India, the film received a U/A (equivalent to the PG-13 rating) after some nudity was cut. A disclaimer requesting viewer discretion during the violent scenes that "can be disturbing to watch" was also added. See more »

Q: Will John Connor be in this film?
Q: What is the song in the trailer?
Q: Did Gabriel Luna play both Rev 9 Terminator parts?
See more »

The guns, the explosions and the fast paced fight scenes are all fine but considering that this one a direct sequel to the judgement day doesn't give me the food for thoughts I was looking for which I got from Terminator 1 & 2. This is almost like Terminator salvation with a slightly different plot twist with the Rev 9 popping up now and then. This is especially disappointing for the fact that James Cameron is at the helm of it. Terminator series is officially terminated after this one.