The Female of the Species

On a very special episode of The Boys... an hour of guts, gutterballs, airplane hijackings, madness, ghosts, and one very intriguing Female. Oh, and lots of heart -- both in the sentimental sense, ...

Never trust a washed-up Supe -- the Boys learn this lesson the hard way. Meanwhile, Homelander digs into his past, Starlight discovers that love hurts, and if you're ever in Sandusky, Ohio and a girl...

TV Series Tracker: Renewed and Canceled
a list of 131 images
updated 1 day ago

How many episodes of The Boys have you seen?

Search for "The Boys" on Amazon.com

The Scene Erin Moriarty Wants to See in "The Boys" 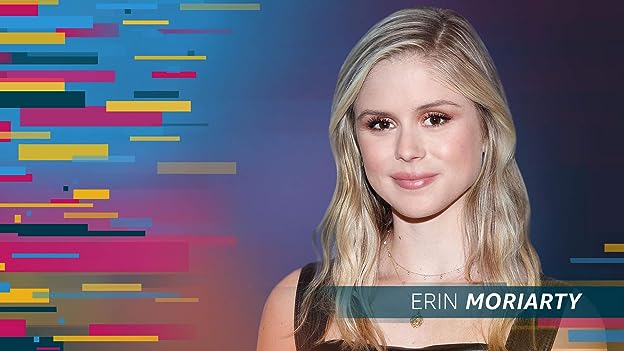 Erin Moriarty, breakout star of the Prime Video's "The Boys," has been living out a childhood fantasy playing Starlight. Learn which scene from the comic she'd like to see in Season 2.

The travels of a lone bounty hunter in the outer reaches of the galaxy, far from the authority of the New Republic.

Set in an alternate history where masked vigilantes are treated as outlaws, Watchmen embraces the nostalgia of the original groundbreaking graphic novel of the same name, while attempting to break new ground of its own.

Sheriff Deputy Rick Grimes wakes up from a coma to learn the world is in ruins, and must lead a group of survivors to stay alive.

An animated series that follows the exploits of a super scientist and his not-so-bright grandson.

Geralt of Rivia, a solitary monster hunter, struggles to find his place in a world where people often prove more wicked than beasts.

A police detective in the asteroid belt, the first officer of an interplanetary ice freighter, and an earth-bound United Nations executive slowly discover a vast conspiracy that threatens the Earth's rebellious colony on the asteroid belt.

The Boys is set in a universe where superpowered people are recognized as heroes by the general public and owned by powerful corporation Vought International, which ensures that they are aggressively marketed and monetized. Outside of their heroic personas, most are arrogant and corrupt. The series primarily focuses on two groups: the titular Boys, vigilantes looking to keep the corrupted heroes under control, and the Seven, Vought International's premier superhero team. The Boys are led by Billy Butcher, who despises all superpowered people, and the Seven are led by the egotistical and unstable Homelander. As a conflict ensues between the two groups, the series also follows the new members of each team: Hugh "Hughie" Campbell of the Boys, who joins the vigilantes after his girlfriend is killed in a high speed collision by the Seven's A-Train, and Annie January / Starlight of the Seven, a young and hopeful heroine forced to face the truth about the heroes she admires.

Vought's premier team of heroes, The Seven, are a loose pastiche of DC's Justice League. Several of the Seven share powers and visual similarities with DC's heroes: Homelander/Superman, Queen Maeve/Wonder Woman, The Deep/Aquaman, A-Train/The Flash. Several other parodies of famous heroes feature in the graphic novels of The Boys and have been referenced but not yet featured on-screen in the show, such as Tek Knight (based on Batman) and the G-Men (based on Marvel's X-Men). See more »

Who R U?
Performed by Anderson .Paak
See more »

Q: Are there plans for any more seasons to be made?
Q: What's with that fly in a couple of scenes flying in front of people faces?it's clearly some kind of Easter egg or reference, can someone answer this?
Q: Will this be available on DVD in the future from amazon?
See more »

Started watching this brilliant spin on a superhero show after dinner. Now it's 4 am and I have just watched the whole thing.

From the very first episode I was glued to this exciting, interesting and crazy ride.